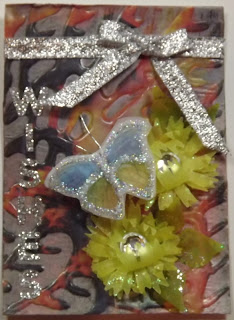 This was my first solo ATC. After visiting my friend in N.C. when I returned home I made this as a thank you for my friend. Of course instead of saying Wishes hers said Thanks. 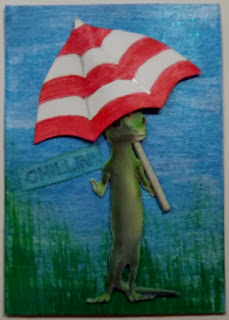 Then I made this for her. We decided to use the theme Advertizing Icon. I've always liked this little character. 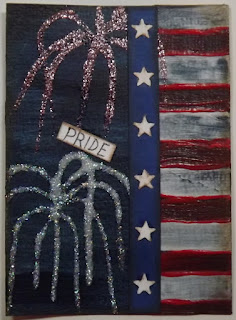 Then came The 4th of July. This card was first painted navy blue. I dry brushed a lighter blue over the navy blue. Then I painted the red and white stripes over the blue. I pulled the paint thin so that it had the look of worn wood. Then I cut a narrow strip of blue and glued punched white stars onto it. The blue strip and the stars where inked on the edges with a brown. Then the outside of the card was inked with the brown also. 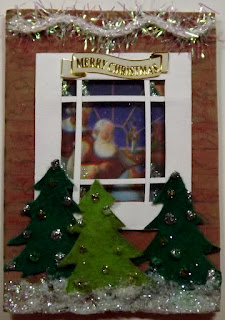 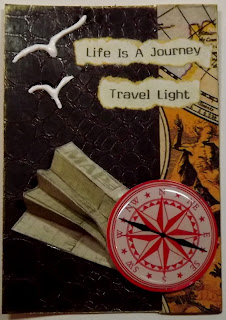 This ATC I made to show a friend the paper that I was using to make the cover of an Art Journal. I tried to tell her that the paper looked like alligator skin. I was at a loss for words so I used the brown paper as the one side of this card. The gulls are puffy paint. I drew them on wax paper and after they dried I lifted them and then glued them onto this card.