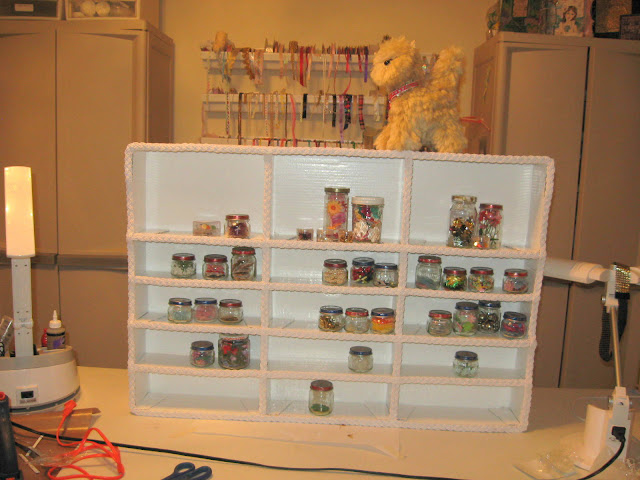 If you are anything like me, you have tons of little doodads that you use in your craft projects. Storing them has always been a major problem for me. I stored them first in little re-seal-able plastic baggies that I put in a clear tote. They were out of sight and out of mind. If I ever remembered that I had a certain embellishment I couldn't find it anyways, or I would find it after I had used something else instead. Then I found a small metal shelf and began putting my doodads in small jars and putting them on the shelves. I soon ran out of room, but realized that it was a great way to store my embellishments, being in plain sight they were easier to find and use. This is my first shelf. 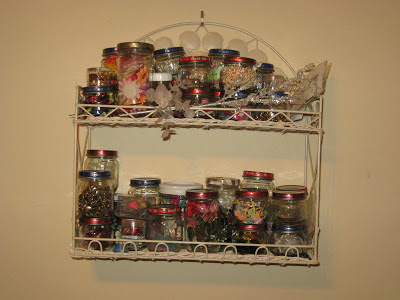 As you can see I soon ran out of room, and it too became crowded, and embellishments were hard to find. I needed more storage room. So from the lowly Maruchan cup of soup six pack box a new larger shelf unit was born. 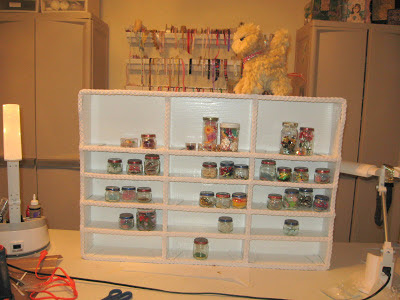 I started with the cardboard box that once held six cups of soup. By the way I love this this soup. That's a good thing since it took twelve boxes to make this shelf. 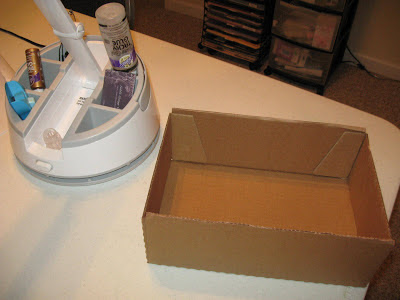 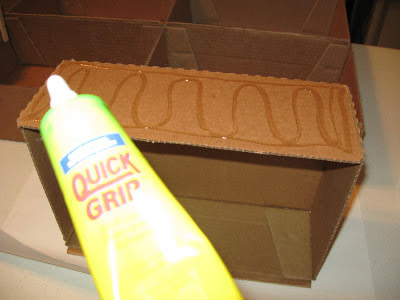 I glued them together with Quick Grip glue. 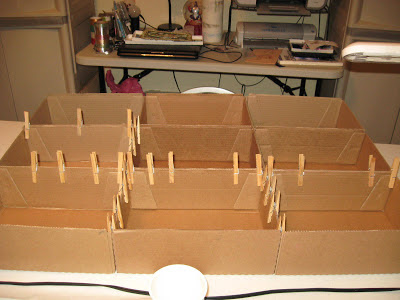 I made it three boxes long and three boxes high. I used clothespins to hold it together while it dried. 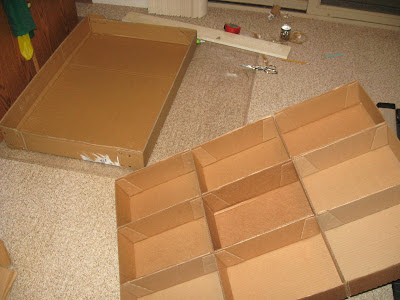 After it dried I made another box to reinforce my glued together boxes. This box was made from the cardboard box that my new sink/table came in. 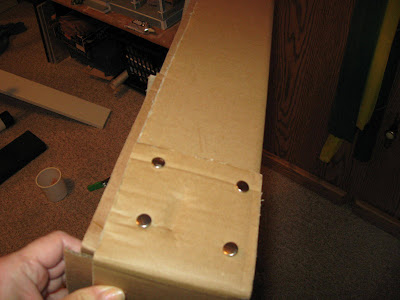 I reinforced the corners with large brads. 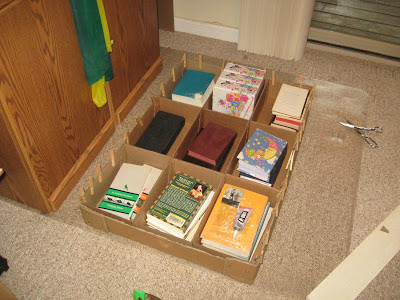 I then glued the nine compartment box inside of the other box. I used books and clothespins to hold it together while it dried. 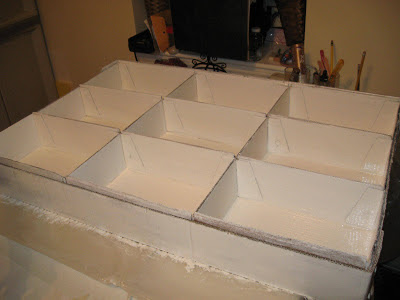 After it dried I painted it with white high gloss enamel paint, that I had left from another project. I applied three coats. It took forever to dry and it smelled really bad. I painted it before I added all the little shelves, because I really hate painting into corners. 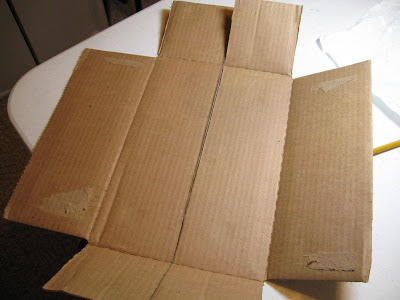 I made the six small shelves by cutting the soup box in half and removing the end flaps. 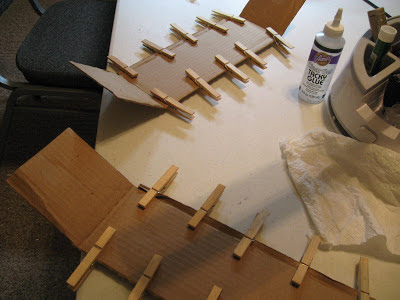 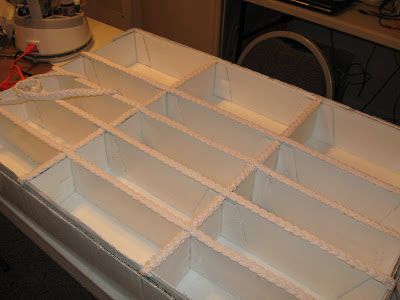 I glued the shelves in place and then using a glue gun I trimmed the rough cardboard edges with corded trim that I brought at JoAnn's using a 40% off coupon from Michael's. 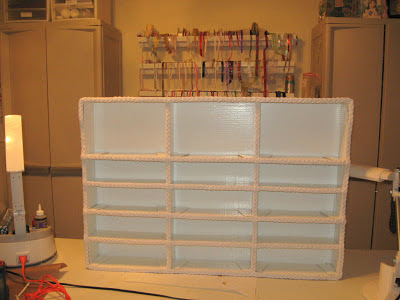 My new shelf is ready to hang and use. The total cost of this shelf was less than $15.00, the cost of the trim. Using boxes and gluing them together like this is great. You can make your box shelves to fit anywhere that you could use some extra storage. I can't wait for Mark to get home and help me hang them!