One of my favorite things are fairies. Some say that they don't exist. I'm undecided. I can remember sitting for hours in a tree stand and thinking that just as twilight descended that I had seen an Oak fairy flit by. Maybe my eyes were playing tricks with me...maybe not. A few years ago a friend sent me a picture that she had captured in Yosemite. It was just exactly what I had seen that mid October evening. Maybe only those that truly believe can see fairies. Maybe glimpses leave a person always wondering but never knowing what they truly have seen. I am sure that they are masters of deception. They hide in plain sight. 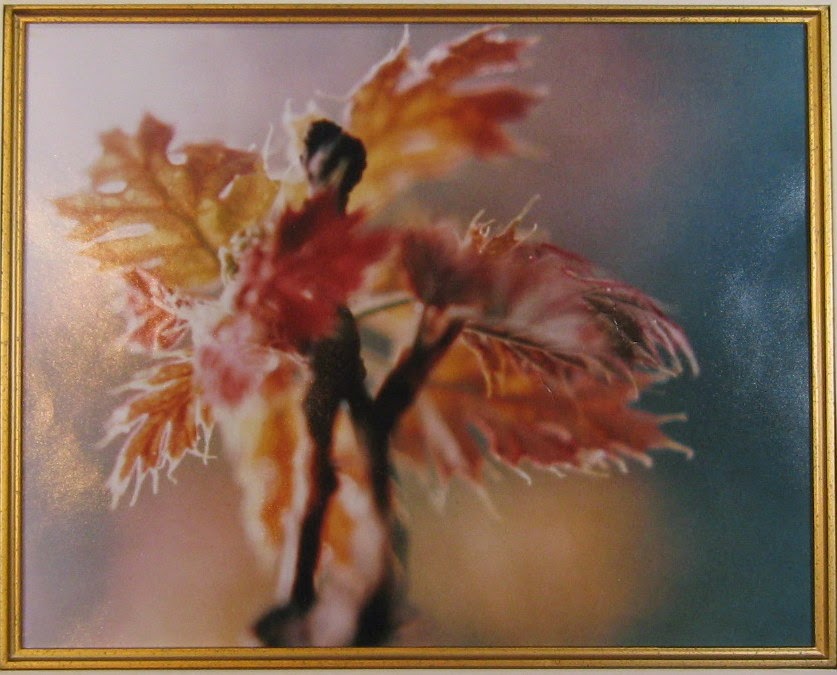 As photographed by Carol Loeb


Carol attended school with Ansel Adam's daughter and took classes at his photo studio at Yosemite, in all seasons. She caught this shot in the spring standing at the bottom of Bridal Veil Falls. I am sure that she caught this picture just as an Oak Fairy was changing into a clump of oak leaves to hide her presence.

THIS IS MY FAIRY ATC 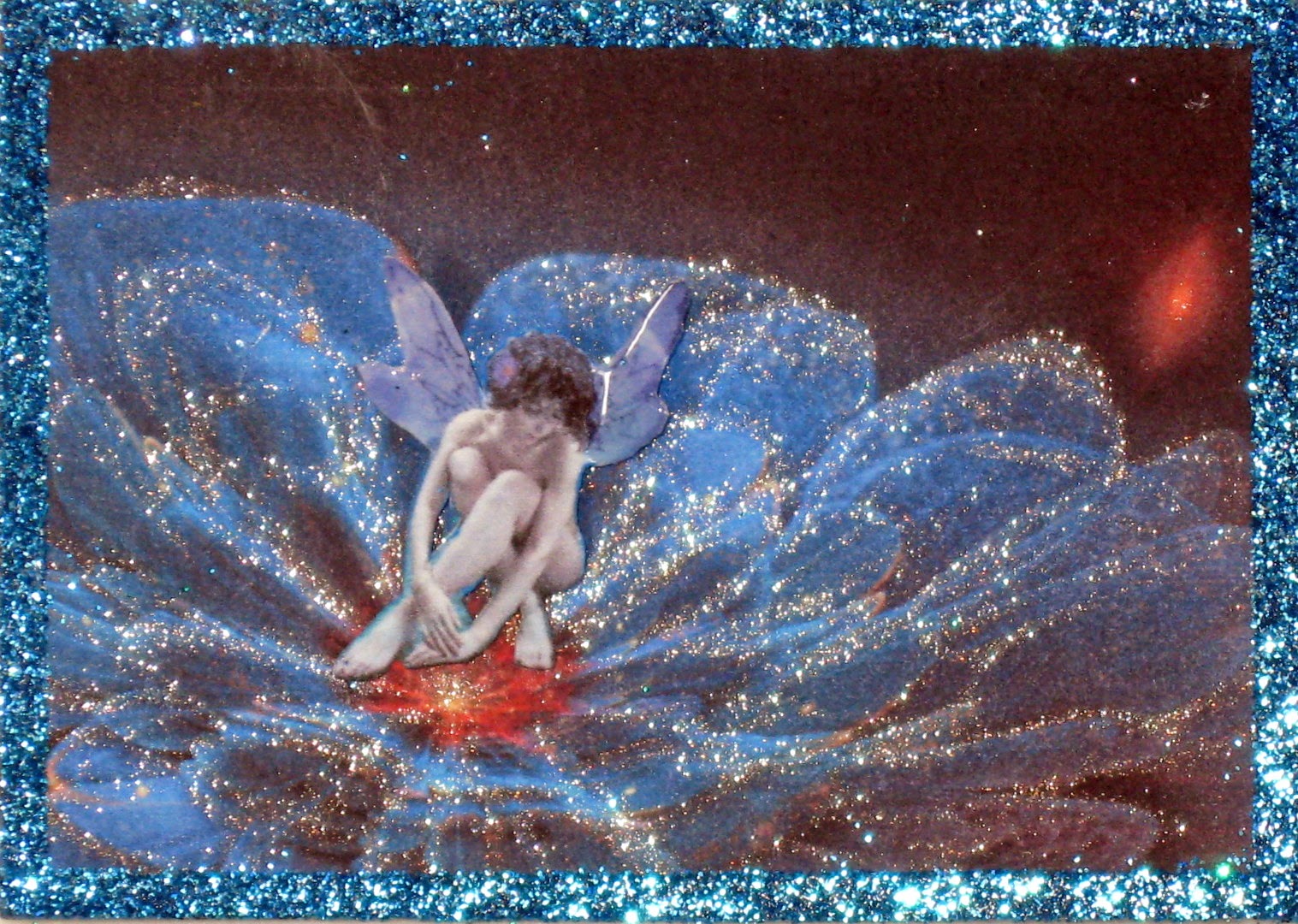 This was a very hard ATC to make. I often use photo editing programs to make my cards. This is two images altered. The first being the background photo, which is the flower. I used clear Wink Of Stella to add the sparkle to the blue flower. I then found a fairy that seemed to compliment the blue flower. I tweeked the color a bit and re-sized her. Then I printed her out. I trimmed her out and then used Glossy Accents on her wings to make them look translucent. I mounted her at an angle using stacked foam squares at her head while I glued her feet directly to the center of the flower. Mounting her this way seemed like it made her appear to be sitting in the center of the flower. I applied double sided tape to the outside edge and then pressed it into blue glitter. I mentioned that it was very hard to make...it wasn't the ATC itself it was the problems that I had with my printer. My printer and computer would not talk to each other. I struggled for days squeezing these prints out. I still haven't gotten my computer and printer to talk to each other!

THESE ARE THE ATC'S THAT I RECEIVED 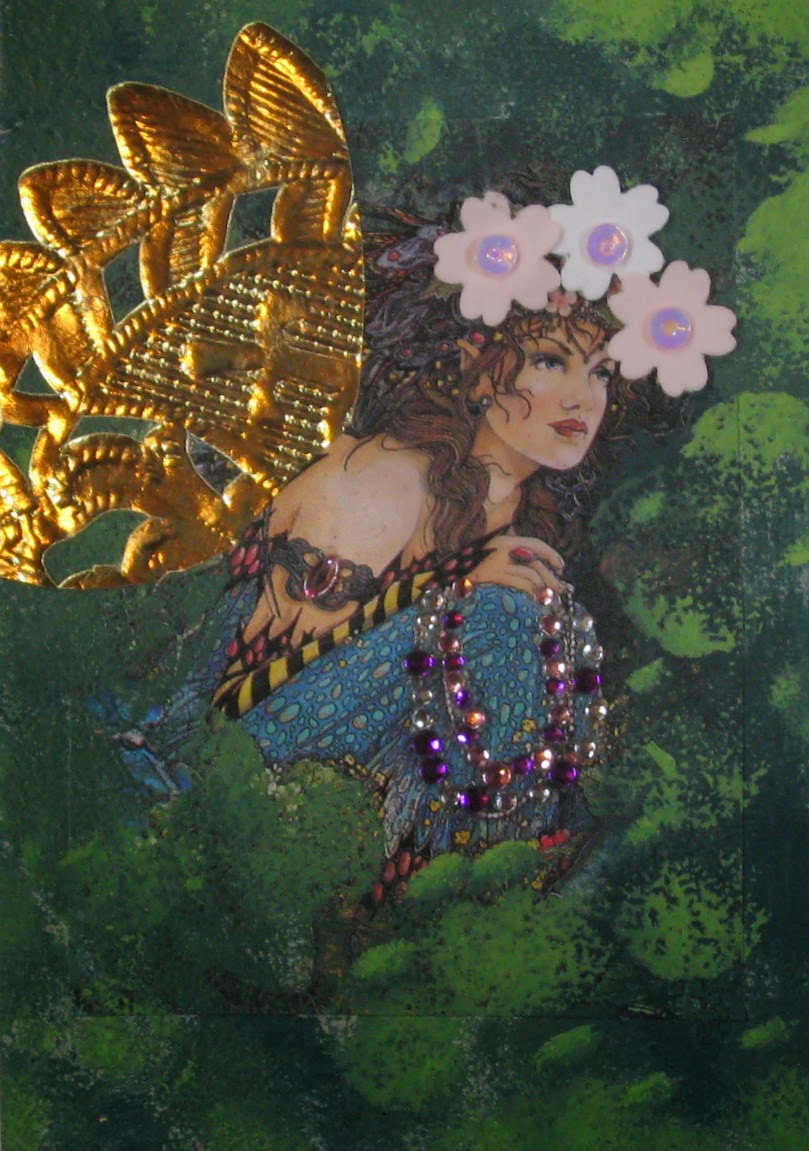 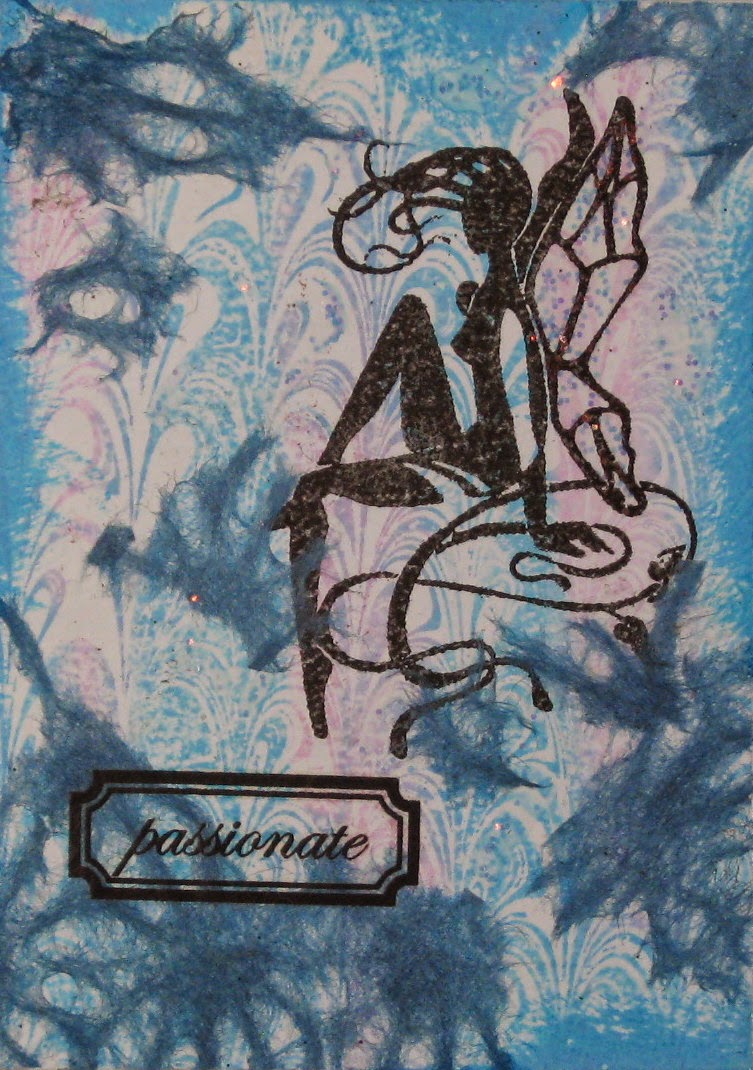 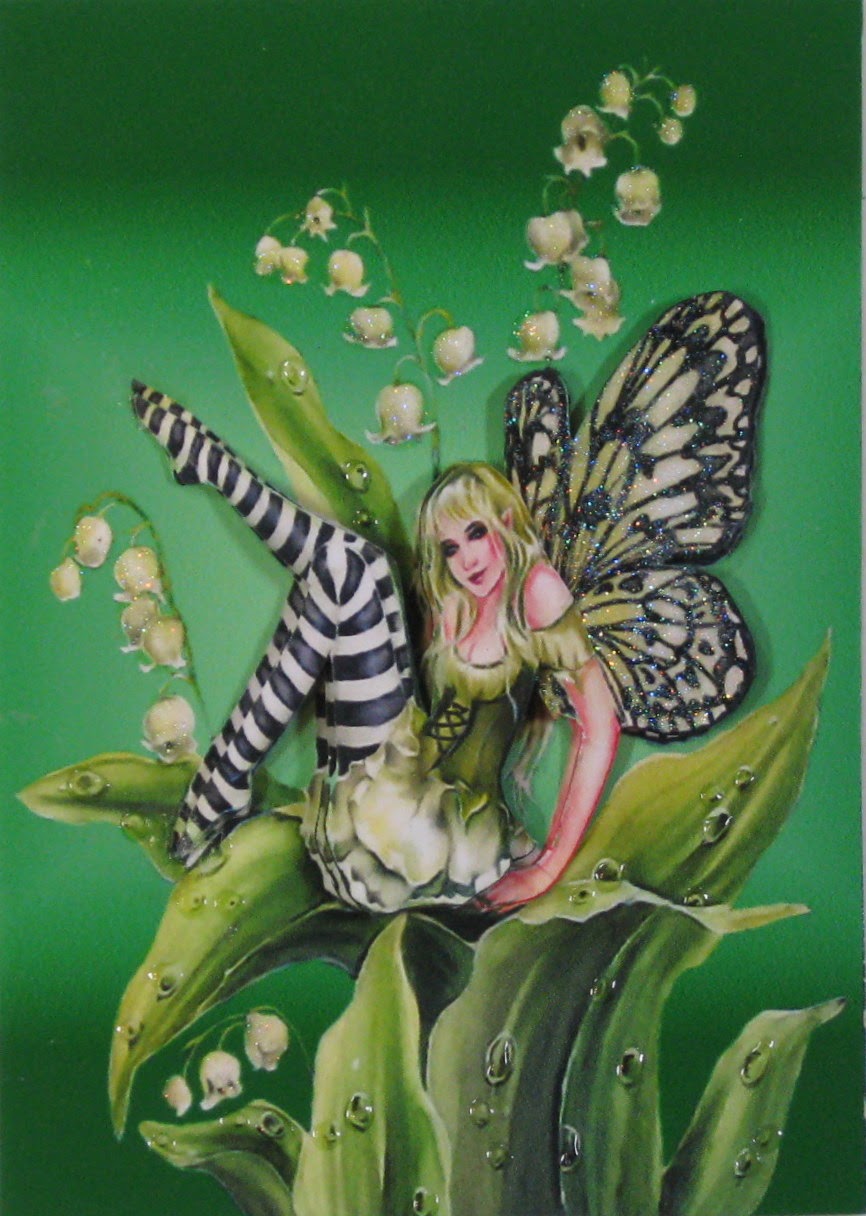 I can't thank these artists enough. I just love all of my new fairies. They are a welcome addition to my collection.